Last night I ran four miles. This in and of itself isn’t anything special. 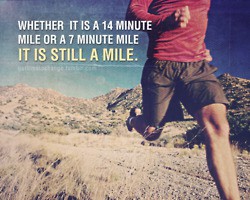 I ran on a treadmill. I HATE treadmills. I always have. During training for my last half, I did spend quite a bit of time on one because it was August in St Louis, and that’s just abysmal humidity to run in. When you break into a sweat walking to your car because it’s so muggy outside, you know running in that heat is going to be horrendous. So I did the indoor running thing. About two-thirds of the way through training, 4-5 weeks before the race, my left calf decided to rebel HARD after every step on the treadmill. It was as though my calf was flexing but not ever releasing. Guys, that HURTS. Every step that hurts. I swore off treadmills for the rest of my training.

This time around instead of being hot, well, it’s February so it’s cold (obviously). Also not desirable running weather. Not to mention all the New Year’s resolutioners who are still sticking around (which, yes, good for them) but seriously, it’s super crowded in the gym every day, which is annoying. Nonetheless, I went knowing that there was a distinct chance my leg could act up again. Luckily, it didn’t.

Maybe I should count it as a good thing that there were so many people there, too. I find myself pushing that much harder if there are people around. I’m not going to let them see me stop.

And I didn’t. Last year my first four mile run was totally weak. There were stopping points and times I thought I was for sure going to die. This time? Nope. Four full miles, non-stop, at an elevated incline. There is something about that kind of sweat, that kind of physical exertion that’s invigorating. When I thought I might need to pause? This song came on.

It’s always a war. A war of wills between two sides of myself. Between the desire to stop and the knowledge that it’s going to feel fucking fantastic if I keep going. It always feels fucking fantastic when I can get through something like that. Every time. 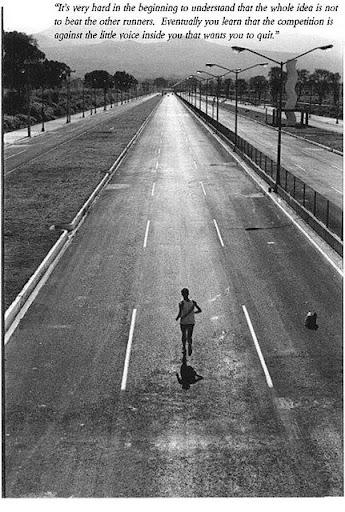 Last night’s run did something else too. It reminded me that this thing I’m doing here is a lifestyle change, not just some passing hobby, that this is something I have always loved to do. It made me realize just how much I’ve fallen in the past few months.

After the plague hit around New Year’s, I swore that I’d get back into the swing of things hard core. I didn’t. Sure, I worked out on a regular basis, but I ran a grand total of four miles in the entire month. One run in January. Pathetic. I spent more time skipping my workouts for things like hockey games and drinks with friends and my own sheer laziness. Yes, sometimes it’s a good thing to give into those things, but not now. Not with my race 66 days away. I plan on cutting ten minutes off my whole time, and that’s going to require a refocus, a rededication of myself to this training.

Going back in my mind over what happened in January, I’ve also come to realize that my own diet habits are, well, shitty right now. I know how to cook, I am good at it, and yet I still find excuses to not do so. I know for a fact I’m not getting enough protein in my diet, and my vegetable intake leaves something to be desired. The thing about running on a treadmill is that it will tell you a ballpark number of how many calories you’ve burned. Four miles, 550 calories. Sunday I start the progression of increasing my mileage. That means the calories I’ll be burning will increase, I’ll logically be hungrier, and then the choice falls to me to make sure the fuel I ingest is good for me, rather than drowning myself in an oversized bag of Pretzel M&Ms.

Last night motivated me in so many ways. 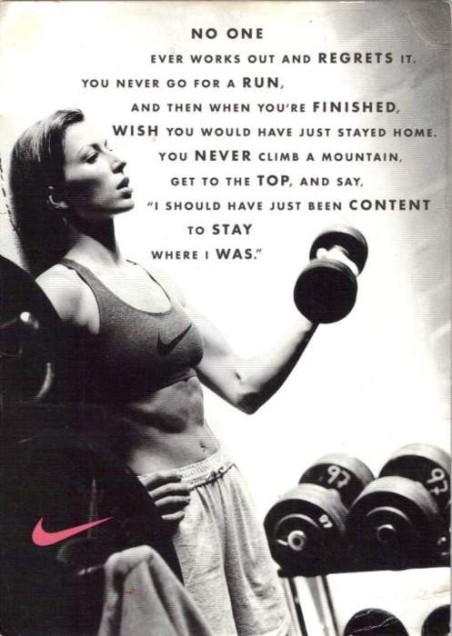 I’m fixing the way I eat. Starting yesterday. Making a point to eat SOMETHING for breakfast, incorporating more lean proteins into dinners. Cooking instead of going out, and then taking lunch to work. Choosing snacks like Wheat Thins or yogurt with granola. Eating more fruits and vegetables. I am going to be better this time around because I know just how good I FEEL, not to mention how good I can look, when I eat better.

Last night also reminded me just how much more I have to give, just how much more I could push to improve myself. I’m clearly way ahead of where I started last time, and I know just how much I improved over the course of those twelve weeks, so I have high hopes. I started tonight with increasing weights on three of my lifts. I can barely walk, can hardly lift my arms up to even shoulder level. I hurt all over so badly, and yet this pain is ADDICTING. 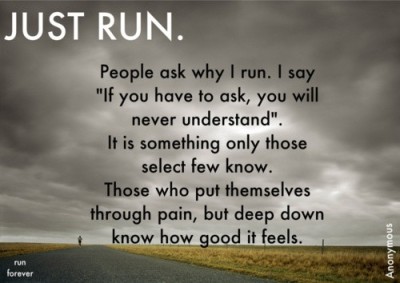 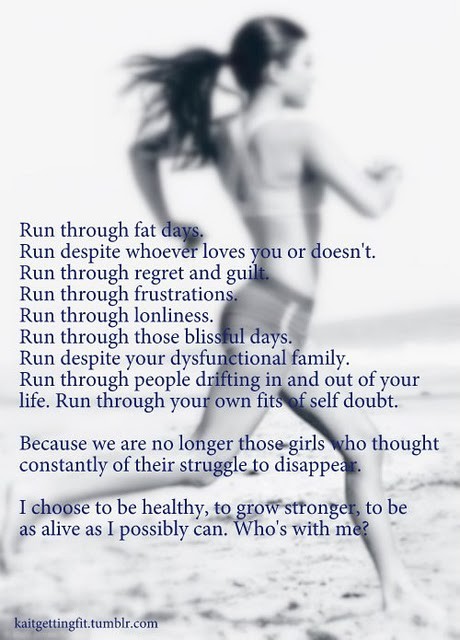