Today I have been going through old pictures. This all started due to a question my mom asked. Do you avoid getting your picture taken?

If you ask my mom, she will tell that without a doubt, since the very beginning, I have been an absolute camera ham. There was a time I tried to deny it, but there is no denying the truth. And the truth is evident through years and years of goofy faces and candid shots etc.

I love pictures. I love them. They tell a story and remind me of some of the best times I’ve ever had. Since Facebook came around, it’s been even easier to document those times.

This morning I followed my entire Facebook photo stream all the way back to 2005. You know, back when college kids with a valid college issued email address were the only ones allowed on Facebook (hey, businesses, get off my Facebook lawn). Let me just tell you about that progression. Holy crap.

I found myself laughing out loud at some of the memories, wincing at some of the friendships lost that I still miss and in some cases those I don’t, being reminded of past and lost loves and knowing each of them made me realize instantly what I had found in GCB, and finding themes throughout the years, throughout my life I suppose.

In all these pictures, I am SMILING (or in some cases making what could technically pass as a “sexy face”). In those moments I was happy. Even though many circumstances of my life are far from where they were at those points, happiness just radiates from each and every one of the nearly 2000 pictures that I’m tagged in. This doesn’t even include ones I’ve taken that I wasn’t in, ones that I’ve untagged in older years where I realized that some things didn’t need to be directly associated with me.

Over the last few years, I’ve taken this blog as a platform to share the specific pictures that still make me overwhelmingly happy. I love that I can go back and look through some of my favorites that are also associated with some commentary. This place tells the better story than Facebook. This place reminds me of all I’ve made it through. What’s an even more stark reminder of that is my former xanga blog, which I do have saved for me, though it is definitely deleted in the online world.

However, this blog is finite. It has a specific start date. It has posts which should probably be transferred back to a draft form. Many of you were not around for the times before I posted pictures, but those times are as much of who I am as the ones I post nowadays. They MADE me who I am.

Going back through pictures of 2005, there is one, ONE picture that contains entirely people I still speak to. Those people? My sisters.

Everyone else in that year’s pictures are former RAs, former residents, group pictures of friends, pictures with old roommates, and filled with people I don’t talk to anymore.

2006 is when more people show up who are still around. That’s the year that April makes her first appearance, where pictures stop focusing on my life in the dorms and starts looking at the things I’m doing separate from Res. Life. This is the year that I partied my ever-loving ass off over the summer, the year that I got bored and chopped 8 inches off my blond hair and dyed it dark brown. This is the year I realized that my grades were good enough, that medical school wasn’t for me, and that the opportunities I had then would probably not show themselves ever again. This is the year I learned to LET. GO. and just live.

There are gaps in 2006. There was the trip I took to Hawaii that is documented in hard copies, though they are in the possession of the high school best friend who is no longer in my life. There is the presence of my dear friend Nic, who while she is in pictures, her online presence is an anonymous one, and I won’t be the one to encroach on that. There are the pictures that I have copies of from my very first apartment with roommates who I grew apart from and to this day still only communicate with one. There is a complete lack of the fact that 2006, though an incredible year, was one of the most emotionally difficult years of my entire life, as completely changing one’s career path will send one into an existential crisis.

And then there was 2007. For quite a while, I considered 2007 to be the very best year of my life. I got a big kid job, graduated college, bought a car, moved to St Louis. I, for all intents and purposes, grew up. But I played. Oh how I played. 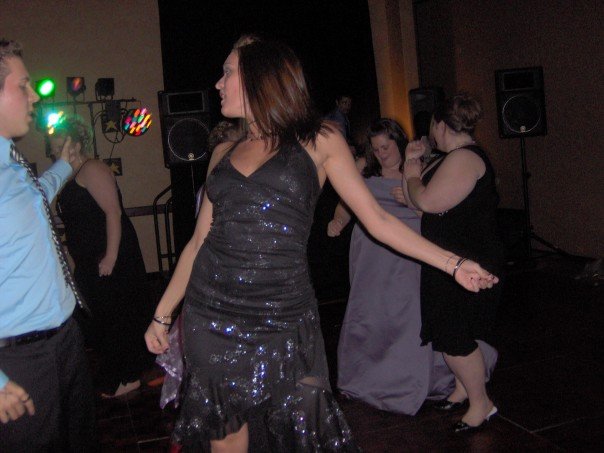 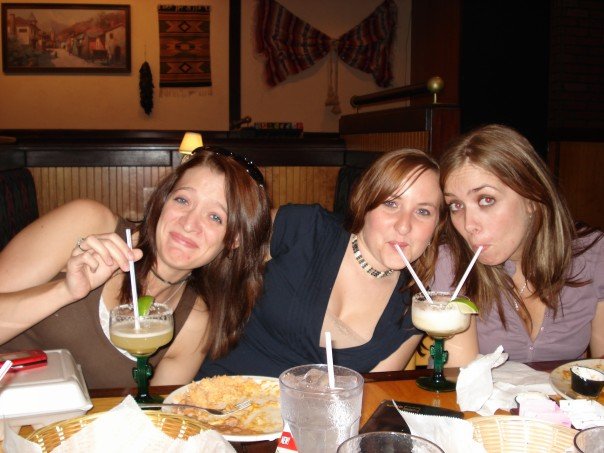 2008. That year was a transition year. Those transitions are actually fairly well documented over in my archives. There were good times in 08, don’t get me wrong, but there were very, VERY low times. I was head over heels for someone who would clearly never reciprocate. Any friends I had in the city left. I lived by myself for the first time ever. But looking back through the pictures, there are some bright spots. It’s the year I met Ali and JD. It was the year of baseball and beer pong and the first edition of Sunday night dinners. It was the year of do-or-die, essentially, of perseverance, and of learning my own strength.

The next year contains another wave of people I no longer speak to, even though 2009 was not that long ago. But there are still the happy pictures that include a few from the best birthday I’ve ever had. So many happy times.

That birthday is pretty much where my former blog picks up on the pictures. It’s where afterwards you find and read about and SEE trips across the country to see baseball stadiums, friends moving in and out of my life, love, joy, heartbreak, depression. There are Mardi Gras celebrations and New Years and family time and birthdays. You can see my first half marathon and becoming comfortable enough in my own skin to SHOW it off to the world. There are tales of frustration and happiness and determination. There are 30 solid days of posts. There’s meeting and falling in love with the man of my dreams. And through all of it, there’s me.

This little place of the internet is me. It’s my heart and soul bared for all to read, and now for all to see.